This article (written by our homicide defense lawyers) focuses on a type of criminal homicide in the Great Lakes State. Not every homicide in our state is a first-degree homicide in Michigan, or a first-degree murder. When a driver is committing a felony crime (e.g., kidnapping), when another dies, this is called “felony murder” in Michigan.

As in most states, gradations of mental culpability gauge how much jail time can be handed down for 1st degree murder and lesser homicide crimes. Be aware that any criminally negligent homicide charge will take the skills of seasoned criminal defense attorneys near me to find the best possible resolution.

This page focuses on murder in the 2nd degree charges, which helps distinguish both 1st and 2nd degree murders. Many citizens who watch crime shows like Law and Order, are often focused on whether a death sentence is imposed in Michigan. It is not, so push that though aside.

When a prospective client calls our law office, their most common question is the possible punishment for second-degree murder. After explaining the difference in levels of malicious intent, the reader will understand how a murder defense attorney can take steps to assist a client at sentencing, to make a huge difference in affecting “what is the sentence for second-degree murders?”

What Is a Second-Degree Murder in Michigan?

As with many things in our legal system, giving hypotheticals to help a reader distinguish the fine lines between crimes can be valuable. This is particularly true in discussing the definition of 2nd degree murder.

Second degree murders under MI laws, involve committing a dangerous and an intentional act without necessarily planning to kill another person. An example might be where a person tossed a half pound ball bearing off a tall building, in a busy city like Detroit, knowing it will possibly hit a person on the street below.

What is the most serious Second-Degree Murders punishment? If convicted, this could carry up to life in prison as the jail time punishment. These are the types of murder cases that are punished similarly to first-degree murder cases in other states.

Contrasting a lesser crime, if a window washer was up on the side of this same building, doing her or his job, and that worker accidentally dropped the 1-pound squeegee from a high level, a person could be killed below. This person accidentally lost control of that metal-handled tool but did not have any intent to drop it. 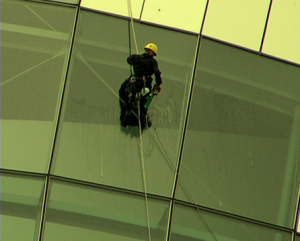 Second-degree homicide in the State of Michigan. The act of throwing the ball bearing was intentional and resulted in a 2nd degree homicide. Had the ball bearing struck a person but did not kill the hapless pedestrian, then a different Michigan felony crime would have been charged against the accused person.

The volitional act was one in which it was foreseeable that any death caused by reckless disregard for the safety and possible loss of life by the act would be felonious. If a human life is taken, this constitutes “murder 2nd degree.”

What are the Sentencing Possibilities for a Judge in 2nd Degree Murder Sentences? Two options exist for the Judge to consider. One is life in prison. The other is to sentence the person to a term of years behind bars. Michigan law does not set a mandatory minimum or maximum.

Under Michigan Law, Section 750.317, What Is the Range of Penalties for Second-Degree Murder?

By comparison, first degree murders can be life, without the possibility of parole. These laws are found under Section 750.316 of the Michigan Penal Code.

What is the minimum sentence for second-degree murder? Even though the penalty for 2nd degree murder in Michigan can be for life in prison, and if that is the sentence, the person is eligible to seek parole after fifteen (15) years. Yet, many judge impose a term or years, after a pre-sentence report. (See case summaries listed below). Plus, bond for second degree murders is usually a “no bond” situation.

Second degree murder—All other kinds of murder shall be murder of the second degree and shall be punished by imprisonment in the state prison for life, or any term of years, in the discretion of the court trying the same.

Does Michigan have the death penalty for First Degree Murder or Second-Degree Murder? No, it does not under State laws. In 1846, the state abolished the death penalty, and (according to Wikipedia), “is one of three U.S. states (along with Alaska and Hawaii) never to have executed anyone following admission into the Union.”

The distinction between first degree v second degree murders is that the accused actor did not plan to kill the unfortunate victim or plan it out. Law students taking criminal law in their first year learn that 1st degree murder is a killing that occurred after the assailant thought out and planned the killing. This constitutes a first-degree murder charge, and the Michigan definition of second-degree murder lacks the element of premeditation and the disregard for the sanctity of human life.

People v. Bost, who was convicted of second-degree murder, involuntary manslaughter, and reckless driving causing death for striking Emerita Albao’s vehicle and killing her during a high-speed chase with police.” Adding to the danger, the roadway was wet from a ‘mist’ that was falling that day.” This appeal was not involving firearms, and did not mention the number of years, but (after trial) the sentence was compounded by the judge handing down sentences on each of the separate crimes, since no attempt for a plea bargain to limit the charges was accepted. A check of the Michigan website shows that the offender will be incarcerated until at least 2034, and possibly until 2054. Unpublished 2021 opinion, Court of Appeals of Michigan, 2021 WL 2632793.