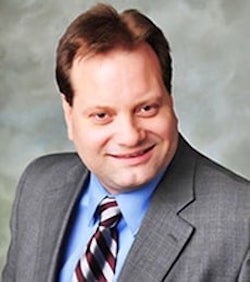 With more than 20 years of litigation and managerial experience at two full-service law firms in the Detroit metropolitan area, Brian Corby brings a wealth of knowledge and expertise to his role as Chief Operating Officer at the Barone Defense Firm. He has been with the firm since 2006.

In addition to overseeing the firm’s operations and personnel, Mr. Corby works closely with staff counsel to develop strategies for the firm’s clientele. He is dedicated to providing professional excellence and service to clients and has an ability to establish defense teams based on client challenges.

Mr. Corby has a background in criminal justice and police procedures and has obtained certification in the National Highway Traffic Safety Administration’s standardized field sobriety tests.

In his Own Words

Well, in college I majored in political science and I minored in criminal justice. After graduation, I began a clerkship for a personal injury law firm in Southfield, Michigan. Within a year, an opportunity arose for a paralegal position in a Deerborn based full-service practice. During the later part of the 1990s, my role in that firm transitioned into litigation and operations management. At that point, my concentration and priorities shifted from legal brief writing to document management and stream lining of work flow for several attorneys and support staff.

I would say that my underlying cause for getting into the legal industry was to follow my late father’s footsteps. He was a corporate attorney. Like my father, I’ve always had a strong passion for business. This passion would later serve me well in joining the Barone defense firm. I was hired on as firm manager by Patrick Barone in 2006, where my primary duties consisted of litigation, operations, and personnel management. In 2010 my role expanded into finance management. In 2012 I was promoted to chief operating officer. As COO my role transitioned into growing the company and to extending our mission to helping a much larger population than in years passed.