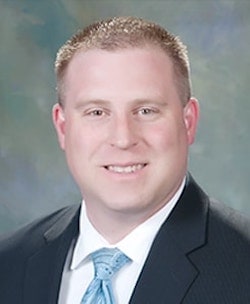 Senior associate attorney Ryan Ramsayer has been with the Barone Defense Firm since 2009. During his tenure, he has been involved in the successful defense of hundreds of clients accused of crimes like drunk driving, drug possession and distribution, domestic violence, driving while license suspended, and assault. He also helps people with driver’s license restoration, gun rights restoration, and expungement. Prior to beginning a career in law, Mr. Ramsayer was as a member of the United States Marine Corps infantry and served honorably in Afghanistan.

A Minnesota native, Mr. Ramsayer moved to Michigan to study law at the Michigan State University College of Law. During his time in law school, he participated in the two-year Geoffrey Feiger Trial Practice Institute program, where he learned the essential skills of trial advocacy.

Mr. Ramsayer is a member of the National College for DUI Defense, Michigan Association of OWI Attorneys, and is a certified practitioner of the National Highway Traffic Safety Administration’s Standardized Field Sobriety Tests.

In His Own Words

I come from northern Minnesota. I was attending my undergraduate college, Bemidji State, and I was working on a history degree, and one day my professor sort of made the joke that as a history major, you will always be asked whether you are going to teach or become a lawyer. And at that point, I had not really considered being a lawyer, but it sort of gave me a drive and determination to begin fulfilling that goal. And that is what led me eventually to Michigan State College of Law and into the practice of law.

Since my acceptance to the Michigan Bar Association in 2009, I have been defending the accused as a member of the Barone Defense Firm (BDF). In my time with the BDF, I have represented hundreds of clients, filed countless motions, conducted extensive trials, and won impressive victories. I have fought diligently to represent the best interests of my clients both in and out of court. It is my goal to provide to my clients the type of representation I would want if placed in their shoes. It is a point of pride to not only be knowledgeable, but available. It does not do my clients any good if I know and understand what is going on and they do not.

I think that people being charged with a crime need somebody there to support them and make sure that they understand that they’re not alone, and that they have people there that care about them and are willing to help them out, contrary to what a lot of the TV commercials may say.