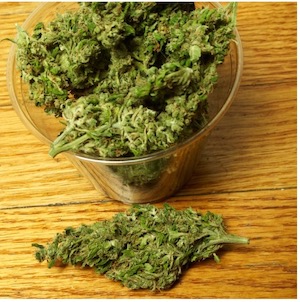 Michigan's marijuana laws have resulted in a rapid increase in the use of THC containing products by all age groups. However, it remains illegal to drive under the influence of drugs such as marijuana. Therefore, if you are found to be operating a motor vehicle after consuming THC, you might find yourself facing an OUID charge regardless of the amount of active THC in your system.

To prove that you have violated MCL 257.625, the prosecutor must prove that your consumption of THC caused your ability to operate a motor vehicle to be substantially and materially affected.

The drugged driving laws in Michigan are tough. A drugs OUID in the State of Michigan can put your ability to drive at risk. Even without a legal limit for THC, and OWI/DUI for marijuana is no slam dunk. For this reason, it's important that you hire an experienced attorney to help you avoid jail time and loss of driving.

Also, while you're on bond waiting for your case to finish, you probably won't be able to use marijuana. If you're convicted, unless you can prove a valid medical necessity and a valid medical marijuana card, you could end up having to give up marijuana for close to two years.

As marijuana continues to gain social and legal acceptance, police are looking out for drivers who may be under the influence of weed. However, unlike the chemical breath and blood tests used to determine intoxication by alcohol, scientists have yet to develop a reliable test that can indicate whether a person is truly operating while intoxicated due to the consumption of marijuana.

To be arrested for driving under the influence of marijuana in Michigan, police must have a reasonable suspicion that you are no longer able to operate a motor vehicle in a normal way due to the drug. Law enforcement agents in our state have two main tools to help make this determination: the standard field sobriety tests used in drunk driving cases and drug recognition experts (DREs). However, these tools have inherent flaws when it comes to determining impairment by marijuana.

However, before a law enforcement officer may arrest you for driving under the influence of pot, he or she must establish probable cause. This could include several factors, such as:

In some cases, police have arrested drivers based simply on the smell of weed in the vehicle. However, if other incriminating factors are not present, the odor of marijuana on its own may not be enough to establish probable cause.

The penalties for an OWI or OWVI conviction in Michigan are the same regardless of whether you were intoxicated by alcohol, an illegal substance, or prescription drugs.

For a first-time OWI conviction, you could face:

Operating while impaired by marijuana, a lot of the same things that apply to operating while impaired by liquor or any other substance apply in the marijuana cases. So, the officer still must have a proper reason for the initial traffic stop, which can be very broad, what the reasons are, but it must be a good reason to initially stop somebody who's driving a vehicle.

And then after that point in time, there still must be all the right steps to get them to the point where they're getting someone out of the car to maybe acquire more, and they still can-do field sobriety tests. The major differences are that there's no breath test to test if someone is on the roadside under the influence of marijuana.

They may do some tests that we're starting to see being used like a lack of convergence test, to try and determine if somebody may be under the influence of marijuana. And then there are certain drug recognition experts or tests that they might do back at a police station to determine further. So, the defenses, sometimes in marijuana cases have to do with the blood testing that would happen afterwards.

One of the things that would be important to do is not just accept what is on the face sheet that they would provide us that says that the THC level is this, or some of the other numbers that they might provide to us that are more, when THC then breaks down, there's metabolites they might be looking for as well. And so there might be different levels on that.

The Michigan DUI Lawyers at the Barone Defense Firm will want to look at those numbers and then actually get more of the raw data that is what they use to provide and prepare that face sheet that has just the numbers, the bare numbers on it. So, you want to look kind of a step below all that, because there sometimes are issues with the blood sample, there could be chain of custody issues with that, or the way that the sample was handled or prepared, and then the testing process. So, there's several different things that can be done.

It doesn't just mean because you get a piece of paper that says a certain level was in the blood that automatically that means that someone was impaired by that, and another thing that's interesting in the marijuana cases is if you're a medical marijuana patient, then you have some protections and they can't just say that because you have the presence of marijuana in your system that that means that automatically you're operating with the presence of drugs. They must show impairment.

If you've been charged with OWI/OUID after consuming a THC containing product, then it is important that you hire a specialist criminal defense attorney. The DUI lawyers at the Barone Defense Firm offer an initial consultation free of charge. Phones are answered 24/7 and there is no obligation. Payment plans are available, and a variety of fee structures to suite your needs.