Difference Between a Felony and a Misdemeanor: Michigan Laws

In the United States, a set of federal criminal laws exists that cover federal crimes. Similarly, all fifty states and the District of Columbia have enacted their own criminal laws as part of their codification of statutes applicable to criminal activities that occur within their state. These state laws outline misdemeanor crimes vs. felony offenses.

All states also have various “gradations” and types of misdemeanors and types of felonies. So, you must think in terms of fifty-one non-federal criminal justice systems for the states and DC, passing their own sets of laws pertaining to crimes committed within their respective borders.

Although primarily derived from English Common Law principles, some American legal concepts and principles were adopted from the French legal system and the Spanish legal system. On the west coast, more Spanish influence exists for certain civil laws, like in divorce cases.

In Michigan, What Is the Difference Between a Felony and a Misdemeanor?

How Felony Crimes are determined. Each governing entity (state or commonwealth in the USA) criminalizes certain activities, and the punishment schemes can vary widely. The legislative branch of government handles these tasks.

What constitutes criminal felony class or felony level offenses is a legislative function. What is considered a misdemeanor offense is also left to the discretion of the state governing legislators, much like Congress enacts federal criminal laws. 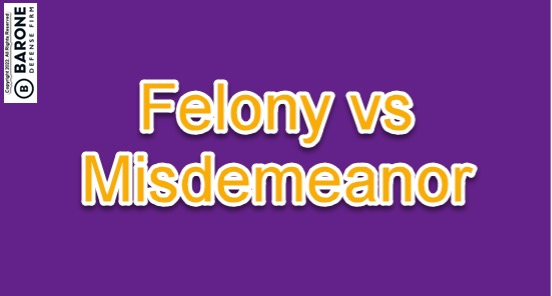 What constitutes a felony? A good example of this is the current national struggle to undo President Richard Nixon's 1971 insistence (over objections from federal scientists) on the United States categorizing marijuana as a dangerous drug, creating a federal felony. Most states then followed that model.

Nixon pushed Congress to make marijuana possession a felony, thereby making any drug possession of weed a mandatory jail offense, on the same level as possessing opioids and other highly deadly substances. This flawed federal government leadership has led to many needless criminal records of felonies for marijuana users.

The Difference between Misdemeanor crimes and Infractions. Many states (including Michigan) have "infractions," pertaining to minor traffic violations like speeding. Other states, like Georgia, Alabama, Florida, and South Carolina do not use infractions, and make all crimes either misdemeanors or felonies.

Also, the legislative branch of government in most states have classes or levels of criminal acts, such as "first degree" and "second degree," or they may use "classes" of crimes, such as Class A, Class B, etc. Michigan has a version of such laws for several crimes of degree. 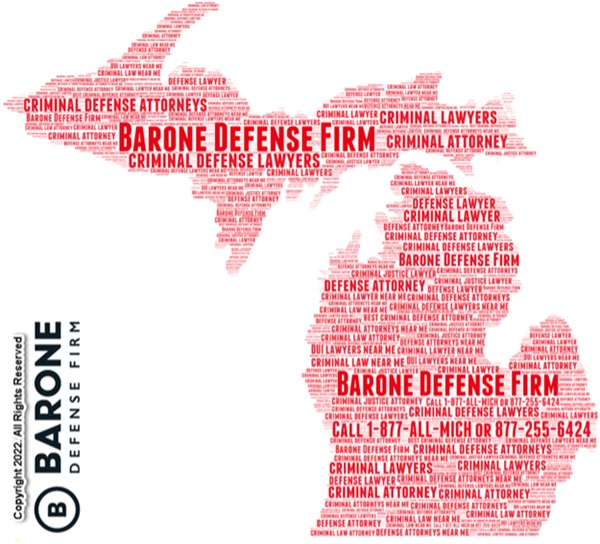 You should only take legal advice from the criminal justice lawyers who are seasoned legal professionals. This is especially true for repeat offenders. For example, a theft of property first offense may be reduced to a misdemeanor crime, but not when prior convictions exist.

How Do Legislators in Michigan Determine Penalizing Crimes as Felonies vs Misdemeanors?

Define misdemeanor. A misdemeanor is a less serious crime than a felony. In most states, criminal misdemeanors are capped at a maximum of 12 months for the jail sentence, whereas a conviction of a felony typically calls for a year in prison (or one year and one day) or more for punishment of a longer term of years, up to life in prison.

Felonies have long jail or prison sentences, fines, or permanent loss of freedoms. It is common knowledge that a felony means jail time. And, certain crimes can be a felony or a misdemeanor, like OWI in Michigan.

A misdemeanor offense typically entails a short jail sentence, or a fully probated sentence (in some cases). Plus, fine amounts are usually under $1500.

Sometimes, an OWI offense would normally involve a shorter potential jail term. However, when repeat offenses are involved, or child passengers in the DUI driver's vehicle, or if a serious bodily injury or death to another was caused, the case will be accused as a felony. 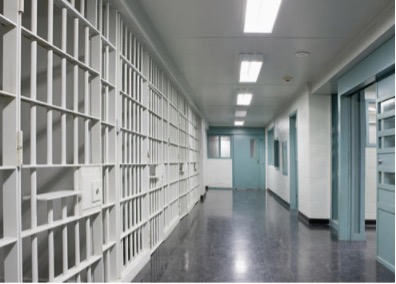 What Is a Misdemeanor vs Felony Charge in Michigan?

The major felony and misdemeanor categories are almost always determined by the amount of jail time that is statutorily required. It's important to know how the court system treats a particular criminal law case to understand the differences.

As a rule, however, when trying to calculate the difference between a misdemeanor and a felony, you can look to the maximum potential jail time for the crime for the answer.

In Michigan, crimes classified as felonies are subject to Michigan’s sentencing guidelines, which group them according to the type of harm or behavior caused or allegedly engaged in. These groups are:

Each felony in Michigan is further categorized into classes based on a range of potential punishments, with more serious crimes having potentially far greater periods of incarceration. Crimes are classed by the letters A through H. Second degree murder has its own class, that being M2.

The seriousness of the crime is therefore roughly associated with the letter, with Class A felonies being the most serious, and Class H being the least serious.

The crime class of an offense corresponds to a maximum term of imprisonment for all offenses as follows: