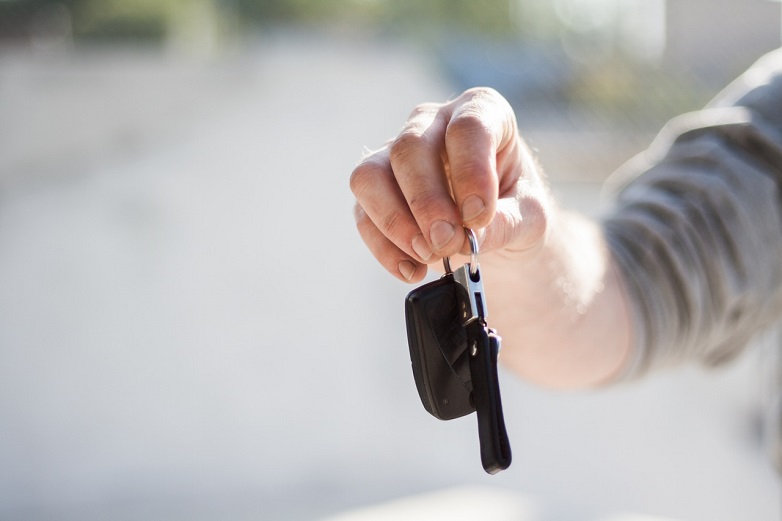 In some situations, the police can charge you with drunk driving in Michigan even if the police never saw you driving your car.  However, the legal analysis in these cases is very fact specific, and the law is quite complex.  In some situations, courts have upheld convictions when the police never saw anyone operating the car. But in other cases, courts have held there was no operation.  To understand why this difference exists, and why a court might allow such a non-witnessed drunk driving case to stand, you need know a few things about the drunk driving laws of Michigan.

To begin with, the crime of drunk driving is called OWI or “operating while intoxicated.”   Michigan does not use the word “drive” so Michigan’s drunk driving law is not called driving under the influence (DUI), or driving while intoxicated (DWI).  The word operate is much broader than the word drive. The Michigan Motor Vehicle Code defines “operate” or “operating” as “being in actual physical control of a vehicle” whether licensed or not. MCL 257.35a. Thus, the plain language of the statute requires that driver’s actions must establish “actual physical control” of the vehicle.[i]   But the analysis doesn’t end there.  What happens for example if a person is asleep or unconscious?

A question sometimes raised in this context is whether a sleeping or unconscious driver can be found to be in “actual physical control.”  In these cases, which often have unique facts, the Michigan Supreme Court has expanded the term “operation” such that ‘operating’ is defined in terms of the danger the OUIL statute seeks to prevent: the collision of a vehicle being operated by a person under the influence of intoxicating liquor with other persons or property. Accordingly, “[o]nce a person using a motor vehicle as a motor vehicle has put the vehicle in motion, or in a position posing a significant risk of causing a collision, such a person continues to operate it until the vehicle is returned to a position posing no such risk.”[ii]

An unusual “sleeping driver” case[iii] involving the issue of operation in Michigan occurred at a golf course.  In this case, a greenskeeper discovered a person sleeping in a golf course parking lot.  He was in the front seat of a pickup truck at approximately 1:30 a.m. The engine was running, and it was parked next to a golf cart storage building.  After attempting unsuccessfully to wake up the defendant, the greenskeeper called 911. When the police arrived, the engine was still running; the lights were off, and the defendant was asleep behind the steering wheel. The officers were successful waking up the driver, and when they did they noticed a strong odor of alcohol. The defendant admitted he had been driving and that he had been stranded in the parking lot; he also said he had driven his truck from one side of the parking lot to the other. The defendant failed a field sobriety test, was arrested, given Miranda warnings, and was taken to the sheriff’s department.

Because the defendant in this golf course case was charged with the specific intent crime of attempted drunk driving, the court considered whether the facts established the intent to drive drunk. The Court concluded that the evidence failed to establish that the defendant possessed the requisite specific intent because the evidence did not “sufficiently establish that [the] defendant was intending to use his truck as a motor vehicle as opposed to just a shelter.”[iv] Thus, the Court found insufficient evidence that the defendant “was intending to ‘operate’ his truck, as that term was defined in Wood.”[v] The Court stated that “[w]hile there is a risk that defendant might have inadvertently shifted the truck into gear while he slept, we do not believe such a risk is deemed significant, within the meaning of Wood.”[vi] The Court noted that “such an inadvertent act would not satisfy the specific intent element of the crime.”[vii] In other words, the court in Burton was unable to find enough direct or circumstantial evidence to establish the necessary intent to operate.

In many instances, however, with the general intent crime of drunk driving, the prosecution can produce enough circumstantial evidence to establish “actual physical control.” This is often done by establishing that the defendant drove the vehicle while intoxicated to the location where the police found him.

In one such example[viii], the police found the defendant unconscious in the driver’s seat of a vehicle on the side of a road with an open can of beer between his legs at 3:45 a.m.[ix] The engine was off, but warm, and the keys were in the ignition. The defendant was alone and there were five full cans of cold beer on the passenger seat and an empty can in the back. The defendant failed sobriety tests and said he was coming from a neighboring county where he had been working. He never denied being the driver of the vehicle. At trial, the defendant argued that someone else drove him to the location, but presented no evidence in support of that theory.[x] The Court found that “the jury must have concluded from the circumstantial evidence and reasonable inferences that the prosecutor met his burden of proving that the defendant was operating the vehicle in an intoxicated state before the police arrived.”[xi]

Another sleeping driver case[xii] involved a person asleep in his truck at the county fairgrounds.  A police officer found that his truck was wedged on a parking log. The vehicle’s engine was not running, the vehicle was in park, and the keys were in the defendant’s pocket. The defendant smelled of intoxicants and was confused. He stated that he had been drinking at a bar, had too much to drink, drove to the fairgrounds to sleep, struck the parking log while trying to leave the fairgrounds, and was unable to free his truck so he went to sleep. This Court found it was not necessary for the officer to have observed the defendant operating the vehicle for the defendant to be arrested and prosecuted for drunk driving in Michigan.

In another Michigan case[xiii] looking at operation in the context of circumstantial evidence, the arresting officer previously observed some females in a Pontiac G6 hit a concrete barrier when they entered the parking deck. When they later left the bar, this same officer was alerted to their departure by a doorman at the bar who also told the officer that they appeared to be drunk. While waiting for them to back out of their parking spot, the officer noticed that their backup lights were on. He believed that the brake lights were on as well. Then, the backup lights turned off, and it appeared that the transmission had been put into park again. The vehicle “settled a little bit,” but the tires did not move. It was at this point that the officer activated his overhead lights and blocked the car. He approached the driver’s side and spoke to defendant, who was the driver. The vehicle was still running. Defendant stated that they were not leaving because they were looking for her friend’s jacket.

The Michigan Appeals Court in this case ruled that both prosecution and defense were focusing on the wrong thing.  Instead, they looked at the simple question of whether defendant’s actions established “actual physical control” of the vehicle. Applying this standard, the court concluded that they did.

A very odd Michigan drunk driving case[xiv] involved an individual, later found to be intoxicated, who crashed his vehicle on a freeway.  Because of the collision, the car sat in middle of the freeway at night and created significant risk resulting in a fatal collision.  The court found that the driver was “operating” a motor vehicle for purposes of statute prohibiting operation operating a motor vehicle while under the influence of alcoholic liquor and causing death.  This was so even if the car was not in motion at the time of the accident. The accident occurred during the early morning hours and the freeway was very slippery. The driver lost control of his truck which struck the right guardrail, then the left guardrail, and then stopped in the middle of the freeway, taking up two lanes. The driver attempted to move the truck out of harm’s way with his leg. Another driver with a passenger in his vehicle swerved to miss the truck, then stopped on the shoulder out of concern for the accident. Then a third car, which also had a driver and a passenger, swerved to avoid the defendant’s truck and, in so doing, struck the vehicle that had stopped on the shoulder, killing that driver.  The fact that the defendant’s car was not moving when the police arrived was inconsequential to the finding of operation.

In another “freeway” case[xv], the court came to the opposite conclusion.  The statutory definition of a vehicle “operator” as one “in actual physical control of a motor vehicle upon a highway” did not apply to an intoxicated automobile owner encountered by an officer; the owner was arguing over his automobile’s keys, which were in the possession of a second man, the automobile was parked with the passenger side tires approximately six inches to the right of the outside fog line of a highway exit lane, the vehicle was unoccupied, and the engine was not running.

In this case, the arresting officer was responding to a report of an automobile parked on an exit ramp of Interstate–75. When the officer arrived at the location, he observed two individuals (defendant and a second man) arguing over the keys to defendant’s automobile. The keys were in the possession of the second man. Defendant’s automobile was parked with the passenger side tires approximately six inches to the right of the outside fog line and the driver’s side of the vehicle partially blocking the exit lane. The vehicle was unoccupied and the engine was not running.  The Defendant admitted to the officer that he had driven the automobile and had parked it in that position. The second man informed the officer that he had found defendant asleep behind the steering wheel of the vehicle. He smelled alcohol and took defendant’s keys to prevent him from driving. In this case, the court found that there was insufficient evidence of operation, and dismissed the case.

As indicated above, the question of whether the police must see you drive to charge you with drunk driving is not a question that can be answered with a simple yes or no.  Michigan’s case law addressing the element of operation in a drunk driving case is complex and at times even seems contradictory.  If you were arrested in Michigan for drunk driving but the police did not see you drive, or even if you were asleep when the police found, then you must have a lawyer analyze the facts of your case and then prepare to make an argument that neither direct or circumstantial evidence is enough to establish that you were operating your car while intoxicated.