Some fake I.D. violations are felonies in Michigan. This fact alone justifies immediately retaining a lawyer near me with extensive criminal law attorneys experience in defending such cases.

Those who are indigent (unable to pay) may have their criminal court case judge appoint a PD (public defender) or a court-appointed criminal defense attorney to protect your legal rights. The Sixth Amendment of the US Constitution guarantees this no-cost legal defense advocate for you. 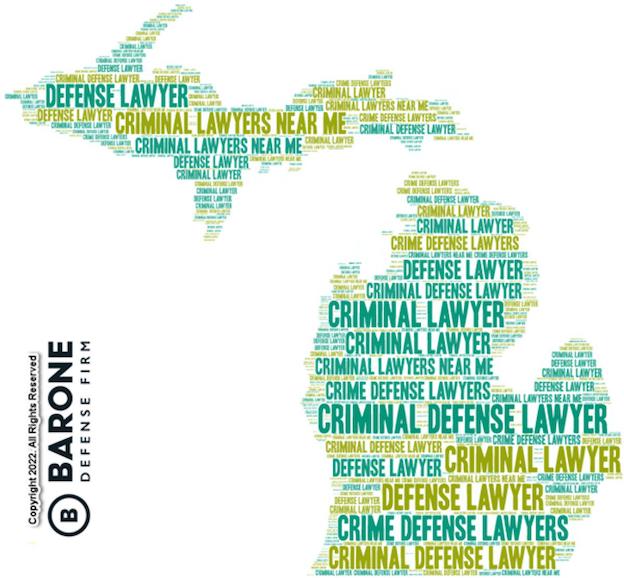 The individual's purpose for possessing fraudulent identification dictates the penalties associated with the crime.

As such, if false identification is used to defraud another, the penalty for possessing the fake ID would be in addition to penalties associated with the original fraud making it even more important that a Michigan fake id attorney is consulted.

Possessing fake identification with the intent to sell it to another person is a felony offense that is punishable by fines up to $10,000, imprisonment for up to five years, or both. Solely possessing fake state identification is a misdemeanor offense that can be punished with fines that do not exceed $2,000, incarceration for up to 12 months, or both.

Since many of the charges require intent, the actions of the person possessing the fake identification will generally be subjectively interpreted to determine intent. For example, a 20-year-old college student, who is arrested for disorderly behavior in a bar with a fake state issued identification card listing their age at 21 or older, subjectively has intent to engage in underage drinking.

Reproducing, altering, or possessing fraudulent identification may seem like a victimless crime. The accused may have no intention of engaging in a felony.

It is impossible, however, to plan for every contingency and felony offenses, such as vehicular manslaughter, can happen in a blink of the eye. If that were to occur, the penalty for possessing fraudulent identification can increase substantially.

If you have been charged with possession of fraudulent identification in Michigan, contact a nearby skilled Michigan fraud attorney to ensure that your rights are protected. A Michigan fake ID attorney can work hard to defend you in your case and ensure a strong defense is built.

To ensure that you have the best defense that is appropriate for your case in Michigan, it is imperative that you contact a knowledgeable Michigan fraudulent identification attorney that has experience with similar cases in the jurisdiction that you are charged in.

An experienced Michigan fake ID attorney has defended clients in court, is familiar with the parties, and is aware of the pitfalls of multiple arguments. Thus, a client has the possibility of a better outcome for their future with a skilled lawyer nearby.