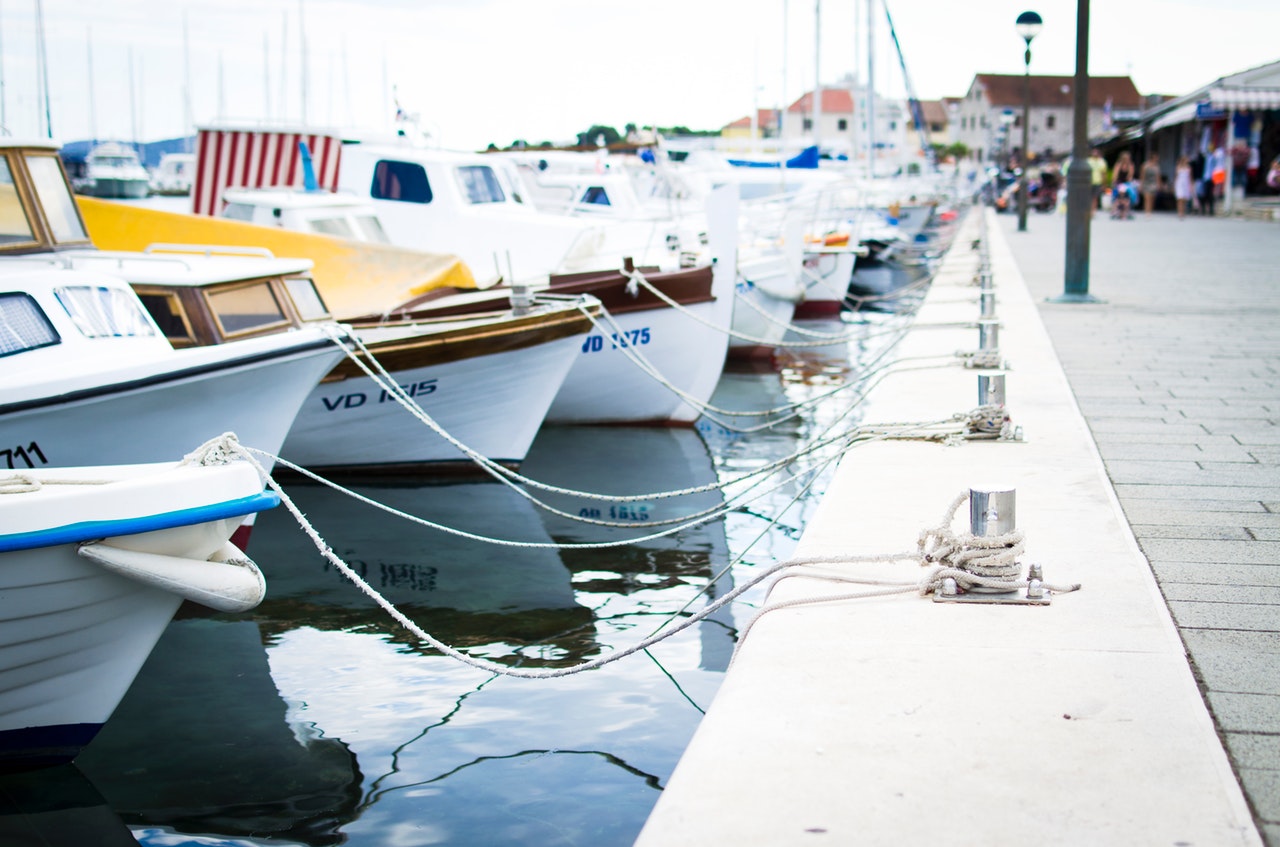 Michigan is often referred to as the “Great Lakes State.”  Four of the five Great Lakes share borders with Canada, and when combined, all five of the Great Lakes share borders with seven other states, including Illinois, Indiana, Minnesota, Ohio, Pennsylvania, Wisconsin and New York. Then there is Lake St. Clair and the Detroit River, both of which also share borders with Canada. Consequently, boats in Michigan have the potential of originating their travels in a lake or river governed by State waters then crossing over into waters governed by a different state, or even crossing over into international waters. Unlike vehicles on land, these boundaries between states and countries are not always readily discernable. These facts combined with other unique qualities applicable to boating generally mean that there is no definitive answer to the “guns in boats” question that will apply in all situations.

Another complicating factor is that there is no law in Michigan that specifically addresses this issue.  While MCL § 28.425c does provide that a person with a CPL may carry concealed anywhere in the state (unless otherwise prohibited) including inside a vehicle, the term vehicle as used here probably does not include powerboats and other kinds of vessels, such as sailboats. However, this also is not 100% clear on its face.

There are also various laws applicable to boating and guns that appear to apply only in very specific scenarios, such as MCL §324.40111(2) which is applicable to boats used while hunting. This sub-section provides that “[E]xcept as otherwise provided in this part or in a department order authorized under section 40107, a person shall not transport or have in possession a firearm in or upon a vehicle, unless the firearm is unloaded … in a motorized boat.” Arguably this law, and others like it, are designed to stop poaching, and don’t otherwise apply to recreational boating.

Bearing all of this in mind, because there is no specific law in either the penal code or the firearms laws specifically precluding a CPL holder from being in possession of a loaded pistol while occupying or operating a boat, whether that boat is docked or underway, doing so is not unlawful. One law that comes close to addressing this question is the implied consent law set forth in MCL §28.425k, which provides that refusing a chemical test is not a violation of law when a pistol is “transported in a locked compartment or container.” This law suggests by implication that loaded pistols transported on vessels need not be locked in a compartment or container when no alcohol is present. Nevertheless, the best that can be said is that the conclusion that a CPL holder may transport a concealed pistol on a boat is based in part on the “rule of lenity,” which requires that absences or ambiguities in criminal statutes relating prohibitions and penalties be resolved in favor of the accused, so long as doing so does not create an interpretation that is contrary to legislative intent. Thus, any ambiguity regarding the scope of criminal statutes must be resolved in favor of lenity. See, e.g., Huddleston v United States, 415 US 814, 830-831; 94 S Ct 1262; 39 L Ed2d 782 (1974). Consequently, if a criminal statue is open to more than one legitimate interpretation, this rule of interpretation requires that it be construed strictly, which means construed in favor of the accused.

There is also the interesting question of how the rules relative to the possession of a firearm in a domicile might apply when boats are used as housing. This question is addressed as it relates to mobile homes and other cross-purposeful vehicles in other sections of this website and these should be consulted as it relates to this question as well. For example, when might a boat meet the legal definition of “dwelling”? A fascinating question of law is presented when one considers how the self-defense act, and the presumptions contained within MCL § 780.951, might apply to houseboats.  Perhaps one day the courts will resolve this question.

One final word of caution as it relates to this question. It goes without saying that recreational boat use and alcohol frequently go together.  Readers should exercise great caution when alcohol is being used by them or anyone else on their boat.  In these instances, the safest bet is to store the firearm as instructed above.