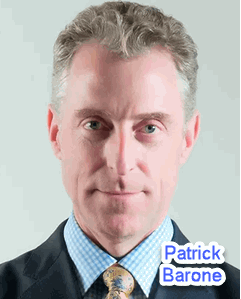 When Does Plea Bargaining Begin?

Plea agreements are usually reached only after criminal discovery is complete and all viable defenses to your DUI case have been thoroughly explored. We need to know your version of events too and compare this with what the prosecutors version of events. It is rare for a client’s story and the story of the police and prosecutor to match. Some of these differences can be important, and when properly brought before the court, can lead to a reduction or even dismissal of the case.

Before you are ready to plead guilty your case has usually moved through several other stages, including the arraignment and one or more pretrials. If your case is a felony, then you have a right to a preliminary exam, also called a probable cause hearing.

If the judge decides that one or more of the charges lack probable cause, then these can be dismissed also. Probable cause is a low standard of proof, so most charges are not dismissed. Instead, they are sent to the higher court for trial.

Often, factual or legal weaknesses can be developed during the preliminary exam, and these weaknesses can form the basis for later plea negotiations.

Also, depending on the nature of the charges and the strengths or weaknesses of the evidence, your lawyer may have filed one or more motions asking that evidence be suppressed, or even asking for the case to be dismissed. There also may have been one or more evidentiary hearings.

What Can You Do to Help with Plea Bargaining?

If your case involves alcohol or drug abuse, or is a sex crime, your lawyer may suggest that you become involved in therapy and treatment, including 12 step support groups. The prosecutor and the judge will want to see that you are making efforts to make sure you won’t commit other crimes in the future.

Also, before engaging in plea negotiations however, your lawyer may have asked you to obtain character letters from friends and family, co-workers and professionals involved in your treatment. Your lawyer may also suggest that you undergo one or more psychological evaluations, such as a substance use assessment in drunk driving and other alcohol and drug related crimes, and a psychosexual evaluation where charges involve allegations of sexual assault or child pornography. These items can be provided to the prosecutor as part of the negotiations.

Additional items that may be presented to the prosecutor include expert witness reports, reports from private investigators and/or the results of legal research that support a modification of the charges.

What Rights Am I Giving Up by Pleading Guilty?

The most serious thing you give up is your right to trial. There is always some modicum of risk associated with trial, and you should discuss these trial risks with your lawyer to. The criminal defense lawyers the Barone Defense Law Firm never recommend that our clients plead guilty unless the plea offer is of sufficient value to give up the right to trial.

This is because by pleading guilty you are giving up your constitutional right to trial, and all the ancillary rights that go along with it. However, we will help you make the right decision about going to trial or pleading guilty.

Making the Decision to Plead Guilty

In most instances, if you are pleading guilty it is because the prosecutor has offered to modify or “amend” the original charges in your case. This usually means reducing them to something less serious. You have indicated that you are willing to plead guilty to these amended or reduced charges in exchange for the prosecutor’s promise that the original more serious charges will be dismissed.

This plea bargain is reduced to a written motion sometimes called a plea agreement which will be signed by the prosecutor, your attorney, and the judge. Collectively, this process is called plea bargaining.

Once we learn of possible plea bargains, we will discuss possible all the various benefits and drawbacks of the offer before we get back with the prosecutor. This is because we need to know what plea offers will be acceptable to you. Then we can tell the prosecutor that you are willing to plead guilty to the amended charged. Few prosecutors are willing to make an offer unless they know you will actually accept what is offered and plead guilty.

To help you decide, read an example of one of our cases where felony gun and assault charges where reduced to misdemeanors. There are many other examples on our case wins page.

To learn more, including what to expect in court when you plead guilty, read: