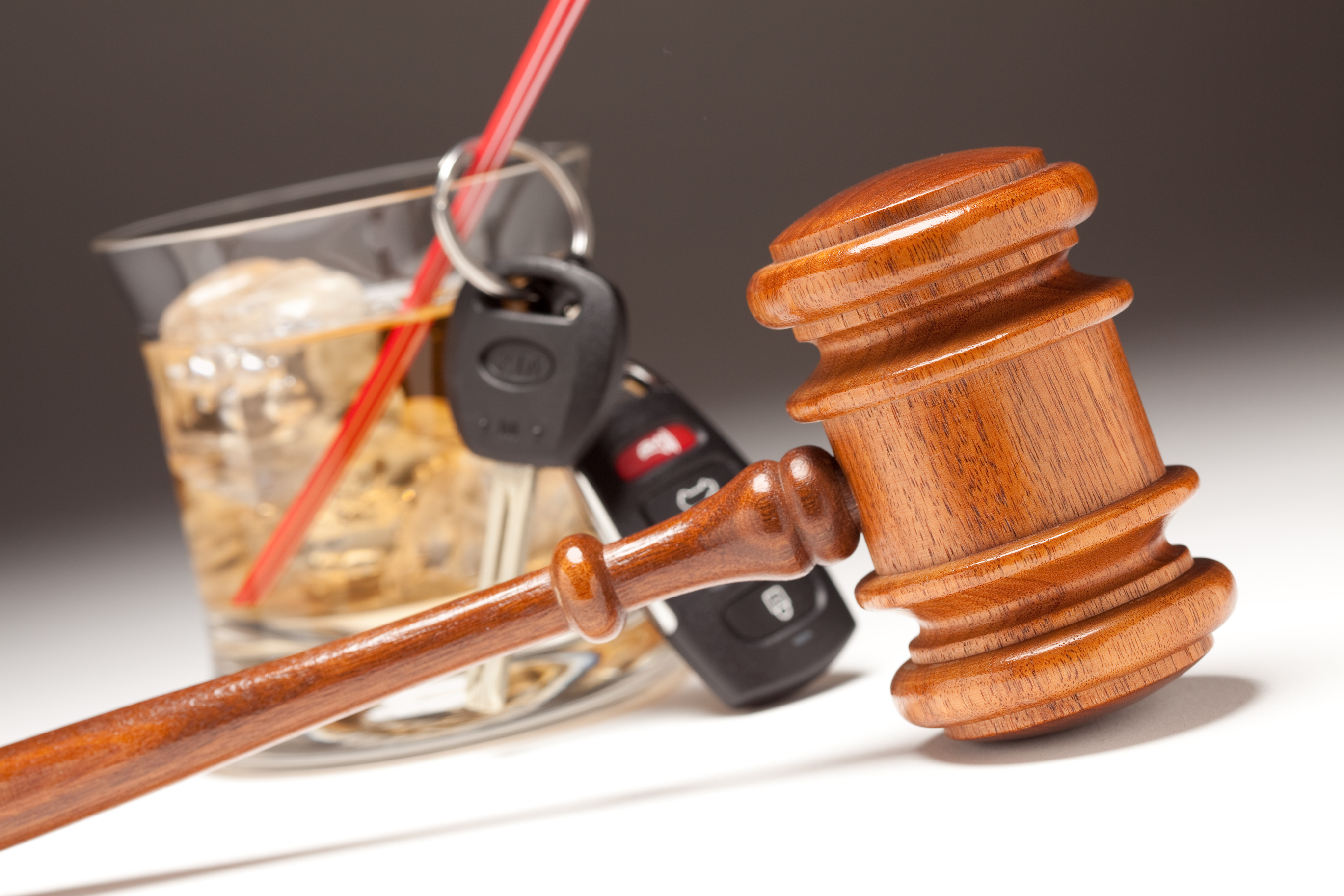 As with all cases and clients at the Barone Defense Firm, while simultaneously preparing the case for trial, we attempted to avoid trial by engaging in plea negotiations with the prosecuting attorney.  Despite Mr. Ramsayer’s best efforts to avoid trial, the arresting officer and prosecution would not offer less than an impaired.  Our Client (hereafter BH, client’s initials used only so as to protect client confidentiality), had to then make the decision of whether to plead guilty take his case to trial.  BH looked at the difference in penalties and decided that the trial was his best option.  BH works in the auto industry setting up factories for production.  For the last year he had been away most of the month in Spring Hill, TN or Buffalo, NY.  His biggest fear, outside of driving, was that he had to go through Canada to get to Buffalo.  Also, they have a factory in Canada that he could eventually be required to work at.  To add extra intrigue, BH just found out that his wife is pregnant while this case was going.  This complicated his decision because he knew that an OWI conviction would make it difficult to impossible to get into Canada, and so he knew if he was convicted he would probably lose his job.  This meant there was a lot riding on the outcome of this trial.

The Written Narrative Police Report indicated in part as follows:

I had BH exit his car and walk to the front of my patrol vehicle.  BH stated that he had no medical conditions and no conditions that would affect his balance.  The first test with the HGN.  I observed equal pupil size and equal tracking.  A lack of smooth pursuit was observed in both eyes and I observed nystagmus in both eyes when held at maximum deviation.  Nystagmus prior to 45 degrees was also observed in both eyes prior to 45 degrees.  All six validated clues were present.

The next test was the walk and turn.  BH was unable to maintain his balance during the instruction period.  BH used his arms for balance and performed an impro0er turn by spinning on toes of his feet.  Three of eight validated clues were present.

The next test was the one leg stand.  GH raised his right foot and swayed while balancing.  BH counted slow, only counting to 1018 over a timed period of thirty seconds.

Regarding BH’s version of the events of the day, on May 18th, BH was at his parent’s house celebrating the birth of his nephew.  He doesn’t normally drink, but his family insisted.  At about 4 p.m. he left to pick up dry cleaning and head Down-River to a wedding.  He was stopped for an expired plate tab.  His wife apparently had tickets that he had just cleared up, but her tabs were 6 months expired.  His driving was fine and he signaled every turn.  When the Officer approached, he thought it was possible BH was drinking, but at first just wrote the ticket.  The Officer claimed that the air was on, so he only got a brief odor.  Upon returning with the ticket, the Officer noticed the odor again and asked if BH was drinking.  BH admitted on one glass of wine at his mother’s house for the celebration.  That was 15 minutes prior to the traffic stop.  The Officer then gave seated/abbreviated HGN.  Since he couldn’t see well enough to complete the task, the Officer asked BH to step out of his car for further evaluations.

The officer then proceeded to give the full set of three Standardized Field Sobriety Tests (SFSTs).  As indicated in his narrative report, the Officer claimed that he saw 6 of 6 clues on the Horizontal Gaze Nystagmus (HGN).  However, under cross, he admitted he was supposed to ask about glasses and contacts and never did.  He didn’t know if BH was wearing them in the courtroom.  He also knew that he was trained to hold the stimulus for at least 4 seconds for maximum deviation.  Since he didn’t know how long he actually held the stimulus and couldn’t testify that he did everything according to his training, the Officer testified that the SFSTs only required “substantial compliance” relative to the standardized protocols.  Mr. Ramsayer asked who determined if he had substantially complied, and the Officer said he did.

The Officer next administered the Walk and Turn.  He said BH broke the instructional stance (start position), which he did at the very last second (one of the 8 standardized clues).  Mr. Ramsayer asked after we watched the video if he forgot that BH mentioned an ACL surgery from soccer.  The Officer said this surgery didn’t matter, it wouldn’t impact his results.  Mr. Ramsayer asked about holding him in the start position as a car passed, but the officer said that there was no standard to the time you can hold someone in that stance.  Mr. Ramsayer asked if five minutes was ok, and the Officer admitted five minutes might be too long.  However, once again, the Officer gets to make the call.

The Datamaster DMT manufacturors representive, Mr. Marv Gier testified next for the prosecution.  Mr. Gier is one of only a handful of “Class IV” DataMaster operators, which means he’s qualified to inspect, certify, service, repair, and calibrate evidentiary breath alcohol test instruments approved for use by the department for proper working order.  Mr. Geir does all of the 120 day inspections for almost the entire state of Michigan, and is therefore responsible for at least 140 DataMaster DMT units. Mr. Ramsayer asked what kind of computer system the DMT uses and despite his training and certification, Mr. Geir testified he didn’t know.  He admitted he couldn’t do computer work, and if it was needed, an  I.T. guy would have to do it.  However, Mr. Ramsayer asked if there was a computer problem, who the police department would call to do the repair, and of course, it was Mr. Geir who admitted it would be him who would update software and change out computer components.  Mr. Ramsayer asked how often Mr. Geir had to repair the 140 some machines he was responsible for and he couldn’t even give an estimate., though he did admit they broke all the time.  Mr. Gier also testified about the range of tolerance, but didn’t know anything about the simulator he used to do tests.  He had recently done a filter wheel replacement, but didn’t know what it did.  He just replaces the parts, but doesn’t know what they do.  The prosecutor asked if he drove a car in re-direct, and Mr. Geir testified he can drive without knowing how it works.  In re-cross, Mr. Ramsayer ended with Mr. Geir telling the jury that he is not certified to repair any other breath test device other than the DMT.

Party accounting to the fact that the case was tried on 9/11, Mr. Ramsayer’s closing focused on the date of 9/11 and that while the arresting officer in this case was in the police academy in 2011, Mr. Ramsayer was a Marine in Afghanistan, fighting for our Country.  He explained to the jury that in 2011, as a Marine, he was fighting for our constitutional rights, just like he was that day, while in court, as a defense attorney, again fighting for the rights of our Country.  Mr. Ramsayer explained to the jury that it’s not unpatriotic to disbelieve the government, and that we have the right to disbelieve the government if we want to.  Mr. Ramsayer explained the role of the jury, which was in part to between a neighbor, a fellow citizen and the government.  Mr. Ramsayer talked about how as an enlisted man he learned the phrase “good enough for government work.”  That not one of the players (arresting officer, Mr. Geir, the breath test operator) knew anything about anything, but they claimed to fully believe in what they were doing.  That if a reasonable doubt can’t be mere speculation, then neither can they speculate him guilty.  That they knew the tests were standardized, but the standard was the Officer who got to say whatever he wanted.  Geir said he knew the machine broke, but no one, not even him, knew when or why.  Mr. Ramsayer reminded the jury about the testimony that the results could have been below .08.  Mr. Ramsayer ended his closing argument by explaining to the jury that they were being handed a dirty plate and asked to eat off of it.  After an hour of deliberation, they agreed and returned a verdict of not guilty.