END_OF_DOCUMENT_TOKEN_TO_BE_REPLACED

Once you have been arrested on a Federal Complaint and Warrant, the government must hold a preliminary exam with 14-21 days unless you consent, and good cause is shown. Otherwise, the rules require that you be released. However, you can only be held on a complaint. You cannot be prosecuted further on a complaint and warrant.  To prosecute you further, the government must either file an information or obtain an indictment.

To better understand this, it is helpful to consider that when the government believes that you have committed a felony over which the federal courts have jurisdiction, the prosecution for this crime may be initiated by the government in one of three ways. The most common of the three is the criminal indictment. However, in certain circumstances, the government may determine that there is a need to forgo the grand jury and instead will prepare and file a complaint. This procedure is governed by Rules 3-5.1 of the Federal Rules of Criminal Procedure.

A complaint, and the necessary probable cause to support it, may be based in whole or in part on hearsay. According to Rule 3 of the Federal Rules of Criminal Procedure, a complaint must contain the essential facts of the crime alleged, and must be presented to a magistrate judge, under oath. Rule 4 of the Federal Rules of Criminal Procedure provides that, in reviewing the warrant and deciding whether to issue an arrest warrant, the magistrate judge must determine whether the complaint establishes probable cause to believe 2 things; first that the crime alleged has been committed and that second that the defendant committed it.

END_OF_DOCUMENT_TOKEN_TO_BE_REPLACED

Being Prosecuted in Both State and Federal Court

To begin with, all courts handling criminal cases are in either the Federal or the State court system, but the criminal cases they are empowered to hear, also called their “jurisdiction” differs significantly. Federal court judges have the power to preside over matters involving the U.S. Constitution and over all Federal Laws, which are those passed by the U.S. Congress. State court judges are empowered to preside over cases involving the State Constitution, and over all State laws, meaning those passed by a State or Municipal governing body. State courts can therefore preside over traffic tickets and state misdemeanor and felony cases. The court of primary jurisdiction in the Federal system is called the “district court” whereas the court of primary jurisdiction in the State system is the circuit court.  In the State system, the district court is a lower court, below the circuit court, and is the place all state criminal charges begin.  State felonies must be handled in the circuit court however.

END_OF_DOCUMENT_TOKEN_TO_BE_REPLACED

As part of an ongoing investigation by the Federal Bureau of Investigations, several of Michigan’s pharmacists have been charged with Medicare and Medicaid Prescription Fraud.  The allegations include claims that at least one scheme lead to the defrauding of the Federal Government of more than five million dollars. Further, that fraudulent claims were submitted to Medicare, Medicaid and Blue Cross via the service dialdrugspharmacy.com. Medications fraudulently prescribed included Clozapine and Alprazolam. According to the complaint, some of these prescriptions were written for dead people.

According to Title 18 of the United States Code, health care fraud consists of the knowing implementation (or attempted implementation) of a scheme intended to defraud a health care program using false pretenses. A pharmacist can violate this law even if they are ignorant of the law itself, or if they only have the “general intent” to violate the law. This is because health care fraud under this section is not a specific intent crime. The law defines “fraud” as being the intentional deception or misrepresentation of facts which lead to the receiving of an unauthorized benefit. But here again the intent need only be general and not specific. According to the Michigan prescription fraud lawyers at the Barone Defense Firm, this can lead to unfair prosecution of pharmacists who never specifically intended to violate the law.

There are many kinds of prescription fraud.  Once type of prescription fraud involves a scheme whereby a prescription is set on “auto-refill” and then billed as scheduled when the patient never actually ordered or wanted the medication. These prescriptions are never picked up but the pharmacy non-the-less bills Medicare. This same medication can be “re-sold” many times over, thereby increasing the size of the auto-refill fraud. Another version of this kind of fraud involves giving the undelivered pills to patients, staff or medical sales reps for redistribution. This is most common with Opioid drugs that have significant street value.

END_OF_DOCUMENT_TOKEN_TO_BE_REPLACED 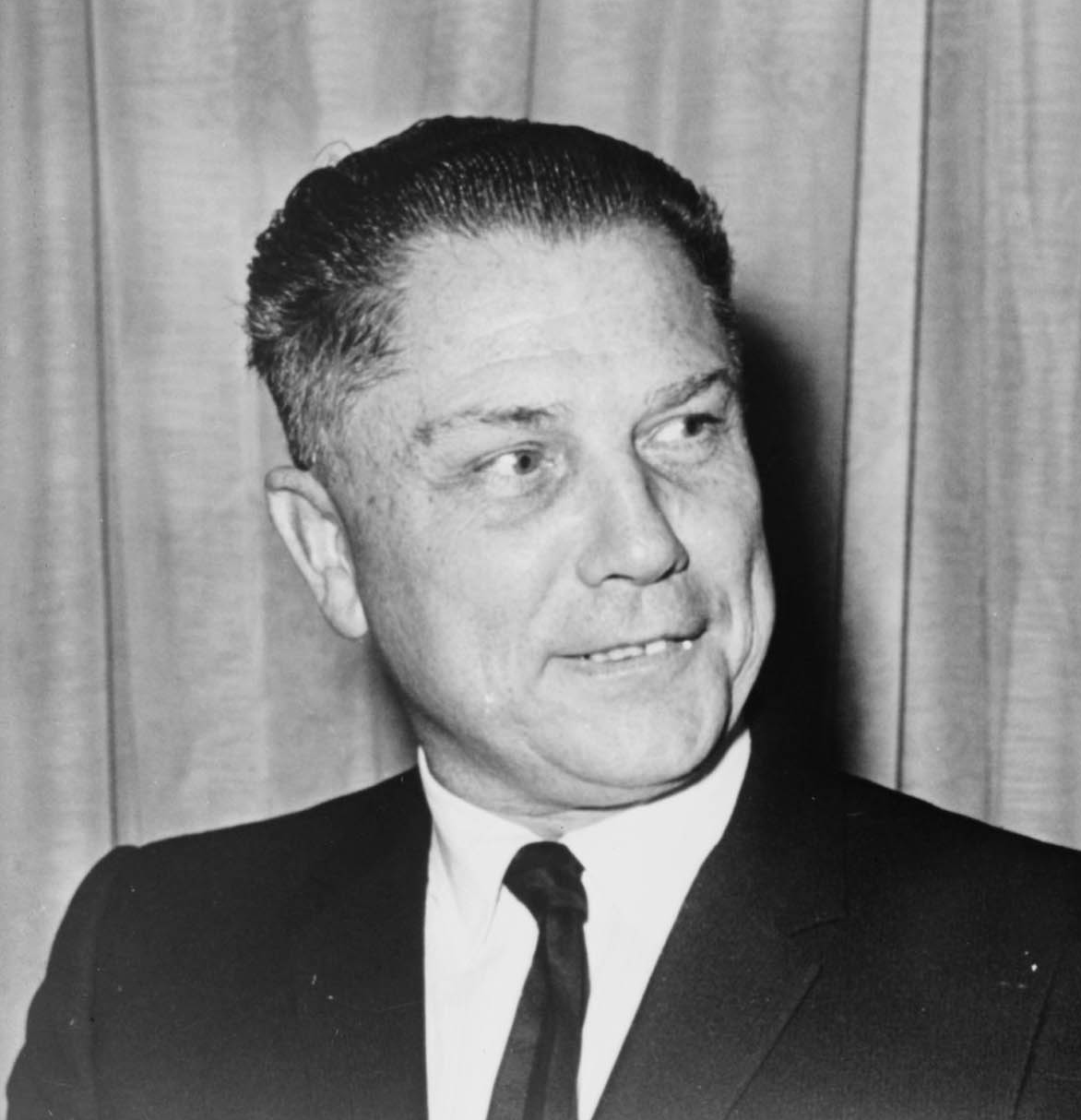 Barone Defense Firm attorney Keith Corbett spent most of his career putting away Detroit’s most notorious mobsters. As the Chief of the Organized Crime Strike Force for the United States Attorney’s Office, Corbett was responsible for helping to put away some of the biggest players in Detroit’s top crime families, including Tocco and Zerilli. After a couple decades as a mob prosecutor working with these cases, and in the course of it, immersing himself in the history and culture of La Cosa Nostra, it’s no wonder he’s been repeatedly interviewed regarding the disappearance of Jimmy Hoffa. With the release of the Netflix original The Irishman, a Martin Scorsese film starring Al Pacino, Robert DeNiro and Joe Pesci, the public’s interest in knowing more about this topic is once again piqued, leading to a flurry of more recent interviews.

According to Channel Four News, Corbett “was the prosecutor who sent both Zerilli and Tocco to prison.” Having prosecuted them, Corbett has an idea of the ill-will that might exist between them and told Channel Four News that Tocco blames Zerilli for his conviction and incarceration.  So maybe Tocco had a reason to lie about Jimmy Hoffa being buried on Zerilli’s property?

On the other hand, in a WJR interview, Corbett doubted Hoffa’s good friend Charles O’Brien had anything to do with his disappearance.  “I don’t think Chuckie was involved, he’s not the kind of guy you want,” Corbett said regarding Hoffa’s disappearance.

END_OF_DOCUMENT_TOKEN_TO_BE_REPLACED 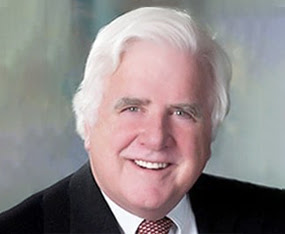 Effectively immediately, Keith Corbett, Senior Trial Lawyer at the Barone Defense Firm, will be focusing his practice on the Federal defense of complex financial crimes, including, prescription fraud, billing fraud and Medicare fraud. He will also continue to handle other matters at the Firm, such as the defense of intoxicated driving cases and other state crimes.

Prior to joining the Barone Defense Firm in 2013, Keith had a long career as a prosecutor which began at the State Court level with the Oakland County Prosecuting Attorney‘s office in 1974. However, much of Keith’s wide breadth of knowledge and experience was gained in the Federal Courts while prosecuting the major organized crime families in Detroit. These prosecutions were most often based on various proven violations of the Racketeer Influenced and Corrupt Organizations Act of 1980, also known simply as the RICO Act.  This Act defines and sets forth various kinds of prohibited activity and is most often applicable when such activity is performed as part of an ongoing criminal organization. The act also provides for criminal penalties. Among other things, RICO allows for the prosecution of leaders for crimes they ordered others to do, such as murder or other unlawful activities related to the criminal syndicate, such as various financial crimes.

During his tenure with the U.S. Attorney’s Organized Crime Unit, Keith was involved in the prosecutions of 17 members and associates of the Detroit La Cosa Nostra (LCN), and some of the most well-known figure

s involved in Detroit’s organized crime, including the Zerilli, Tocco, and Beckham families.