END_OF_DOCUMENT_TOKEN_TO_BE_REPLACED

New research regarding child and adolescent sex practices shows that more kids than ever are sending and receiving sexually suggestive text messages, including nude photos. Some of these photos may be considered child pornography. Another study shows that sharing of child sexually abusive material (CSAM) is also on the rise.

Why is there an increase in sexting and CSAM?

END_OF_DOCUMENT_TOKEN_TO_BE_REPLACED 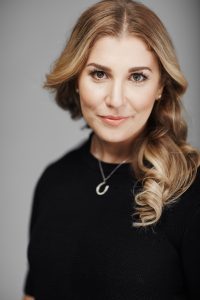 If you have a criminal conviction and you’re wondering what steps you need to take to enter Canada, then you’re not alone. Our Clients often wonder whether they should you bring a passport, a driver’s license or their social security cards?  These common questions arise because the immigration process is confusing, and learning the intricacies of the system, and how to navigate it, is a daunting task.

Thankfully, once you sift through the information, it is not as complicated as it seems. There are a few important things to know, though, if you are considering making a trip to Canada. And to answer the question, yes, you should bring your passport and driver license, but you can leave your social security card at home.

END_OF_DOCUMENT_TOKEN_TO_BE_REPLACED

With new cases of Covid-19 continuing to escalate in Michigan, on July 10, 2020, Governor Whitmer responded with Executive Order 2020-147, which indicates that “[A]ny individual who leaves their home or place of residence must wear a face covering over their nose and mouth.” The Order further provides that masks must be worn in any indoor public space and on all public transportation. Also, face masks are now mandatory when you are a passenger on any ride-sharing vehicle, such as Lyft or Uber, or in any private car when being used as “hired transportation.” Will this mandatory Covid-19 face mask requirement have any impact on law enforcement practices? Specifically, will a lack of a face mask by driver or a vehicle’s occupants lead to probable cause to stop a motor vehicle?

To answer this interesting legal question, we begin by noting that the Executive Order does make a failure to comply a crime.  Specifically, the order provides that a failure to wear a required face mask is a misdemeanor, though no jail time may be imposed for its willful violation. An open question in all this is how and even whether the police in the State of Michigan will enforce this Order?

As it relates to the existing law governing when the police may stop a moving vehicle, the general rule is that they must have “probable cause.”  However, there are many circumstances when the police may lawfully stop you, including and perhaps most commonly, for a violation the traffic code such as speeding. In 2014, the United States Supreme Court, in the Navarette case indicated that a vehicle may be stopped based on an anonymous 911 call provided the caller provides enough information and detail to have the indica of reliability and therefore enough to give rise to a reasonable suspicion that criminal activity was afoot.

END_OF_DOCUMENT_TOKEN_TO_BE_REPLACED

The short answer is yes. There is no Michigan law specifically on this topic and the existing laws in Michigan do not otherwise preclude the wearing of a Covid-19 facemask while otherwise carrying a firearm in Michigan.

In Michigan, the Covid-19 Pandemic has brought significant changes and restrictions to Michiganders.  One of the often-debated pandemic guidelines is the requirement to wear a facemask. Currently, there is no absolute rule on the facemask requirement, and the guidelines on this topic vary between counties, municipalities, stores, and restaurants to wear facemasks.  While the actual scientific merits of the facemask requirements may remain up for debate, it also leads to significant questions of legality.

One of the questions frequently asked of the Michigan Gun Lawyers at the Barone Defense Firm is whether a person carrying a firearm can do so legally while wearing a facemask.  Obviously, wearing a facemask while carrying a pistol into the local Kroger feels like you are going to rob the place, but is it illegal?

END_OF_DOCUMENT_TOKEN_TO_BE_REPLACED

Allowing the sale of pre-made cocktails and other types of alcoholic beverages to be sold carry-out may increase the numbers of drunk drivers on Michigan’s roads. However, because the answer to how carry out liquor sales will impact instances of DUI is not clear-cut, only time will tell if this potential for increased DUI becomes reality.

A good argument can be made that the new carry-out laws will have zero impact on DUI in Michigan. But these arguments assume that the bars and restaurants will be keeping a close eye on their patrons after the carry-out sale is made. If the persons consuming the alcohol are under less scrutiny from the persons selling it, and therefore less likely to get “cut off” before becoming intoxicated, then the new law may create a greater likelihood of drunk drivers.

The covid-19 restrictions imposed by Governor Whitmer have hurt the bottom line for all of Michigan’s bars and restaurants, and these new bills are intended in part to create a new stream of revenue and help these small businesses survive. For example, as quoted in the Detroit Free Press, Ben Giovanelli, who is the president of the Rochester Downtown Development Authority, believes that outdoor sales will be the key to survival for many bars and restaurants, who are still only allowed to operate at half-capacity.  Social districts can help make up the difference.

END_OF_DOCUMENT_TOKEN_TO_BE_REPLACED

Fear of the Covid 19 virus means more people are spending time at home, often alone, in front of their phones or computers. Unfortunately, some of those people are sexual predators looking for their next sex crimes victim. According to news sources, this means that the risk of sexual predators finding victims is also increased.

How are Sexual Predators Finding their Victims?

Sexual predators use various tactics to gain access to and communicate with their targets online. One of the biggest threats comes from communicating with potential victims through apps and sites that children and young adults use most frequently- YouTube, Instagram, Twitter, TikTok, and Facebook. Once a predator is connected to a potential victim, some purport to be someone else by using a profile picture that looks like someone the same age as the victim. Once a predator is connected to a victim, the predator usually aims to elicit sexual photos from the victim and, potentially, meet the victim in person.

END_OF_DOCUMENT_TOKEN_TO_BE_REPLACED

With the advent of the novel covid 19 virus many officers who arrest suspected Michigan DUI drivers are now worried about the contamination risks associated with a breath test. Obtaining a breath sample places an officer directly at risk for exposure because the officer must do all of the following: