What happens when you get a DUI second offense in Michigan? Michigan DUI laws and penalties (if convicted on a DUI ticket for a 1st offense) are comparatively very lenient for first offense OWI offenders who are convicted of operating while intoxicated compared to the harsh realities of being convicted of a 2nd offense DUI in Michigan.

In second offense drunk driving Michigan cases where a breath alcohol or blood alcohol content (BAC) is involved, the State of Michigan takes away all right to drive until proof of future sobriety is proven. The shocking information that follows highlights the importance of having only the best DUI lawyers review your drunk driving charges for all possible ways to avoid the harsh penalties associated with a second offense DUI conviction.

The 2nd Offender's License is Revoked. Those convicted of their second DUI offense in Michigan "within 7 years" are revoked, and not merely suspended for some period of months. Instead, all those Michigan license holders with two alcohol-related convictions in Michigan within seven (7) years will have their right to drive erased.

The long path back to being able to drive again in Michigan is outlined below. Regardless of the person's need to drive, no one can even begin that process of requesting a hearing for a full year after their conviction. Even when our OWI lawyers are working diligently to facilitate the process, the time frame for those who do not participate on the "sobriety court" program often takes 2 to 3 years. 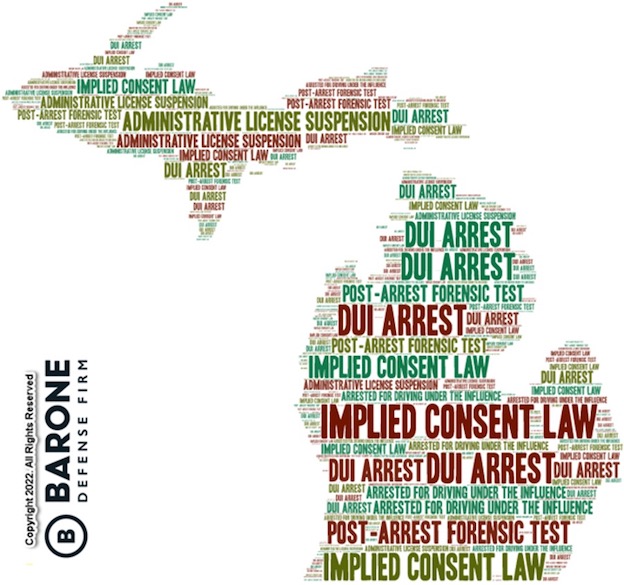 After the reader looks at this harsh path back to being able to drive, many will ask the question, "Is an OWI a felony, for a person's second OWI offense?" That answer is "no," yet the harshness of Michigan's repeat offense law seems to be very close to felony treatment.

The shocking package of harsh DUI punishments start off with the impact on that person's driving privileges, which is draconian. In Michigan, for an OWI 2nd offense, being arrested for and getting a DUI may result in a 2-to-3-year effort to get you qualified to drive again, if that is even possible, after conviction of a 2nd DWI charge.

On a DUI 2nd Offense, what is the "Lookback" Period?

Different “lookback” measurements under other states’ DUI-DWI laws. On a 2nd DUI offense, the Great Lakes State still has a "washout" or "lookback" provision that will not count the second DUI if outside a 7-year window. However, the measurement of that seven-year period is not measured by taking "date of arrest" to "date of arrest," as in Florida, Georgia, Alabama, South Carolina, and many other states.

Instead, OWI Michigan laws and OWVI charges measure from the date of the 1st OWI conviction to the date of the new arrest. This same method is used by North Carolina and several other states and enables many more Michiganders to face the harsh DUI consequences of a new DUI charge than if the state used "dates of arrest" for both offenses.

Losing a second DUI case in Michigan triggers service to that offender of a legal sanction (on his or her criminal record) called "a habitual offender" notification. Under Michigan law, such drivers are deemed to be high risk to the public. Because your state driver's license bureau controls driver's license restoration, Michigan laws declare that (by getting two OWI convictions within 7 years) that all these drivers are "habitual violators."

For Driving Privileges, What Happens if you Get a Second DUI?

For a second conviction of DUI what is the penalty? When a driver is revoked under Michigan's 2nd OWI laws, this is not a mere license suspension. Unlike what is available after a first DUI offense in Michigan wherein an ignition interlock device can help obtain a restricted license with limited driving privileges.

Getting license back after 2nd DUI Michigan. The second offender is totally barred from operating a motor vehicle forever, until and unless that person "gets rehabilitated" and then re-qualifies and takes the full driver license testing (including the on-the-road driving test) before receiving a new Michigan license.

What "revoking" a Michigan driver's license means. Instead, "revoked" means that your privilege to drive is entirely erased from the list of registered drivers at the Secretary of State's Office in Michigan, possibly forever. If you have an out-of-state license, you could possibly never qualify to drive again in Michigan for the remainder of your life. This is because Michigan laws only allow those who prove their rehabilitation to ever get their right to drive back.

Added to that major license revocation issue is the potential jail time for those who do not opt for (or do not qualify for) participating in Michigan's "sobriety court" program, for repeat offenders. In addition, the sentencing judge (as part of an average sentence for 2nd DUI) must order counseling and treatment for second offenders.

What is the DUI Jail Time for a 2nd Operating Under the Influence Conviction?

With second drunk driving offenses, the sentencing judge will sentence the 2nd OWI offender to an absolute minimum of five (5) days in custody, to as much as one year to serve in jail. The circumstances of each case will be the controlling factor on the severity of this incarceration punishment, plus the judge's proclivity to hand down long jail terms.

What about the DUI Fine in Michigan, on OWI 2nd offenses? In addition, you may be ordered to pay large fines and court costs, perform 30 to 90 days of community service, and attend alcohol education classes.

You cannot avoid the mandatory license revocation that happens upon any new conviction for a 2nd offense DUI after your first DUI-alcohol conviction. So, if you must fight, why not trust your OWI defense to Michigan's leading law book author who knows a long list of things you can do with a DUI 2nd offense to dodge these life-crippling consequences?

Other related links to Additional Articles